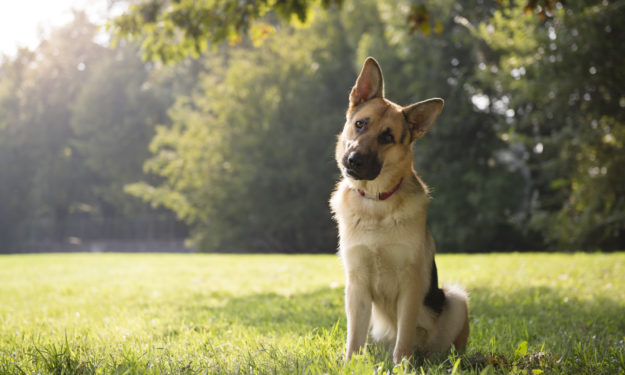 Laryngeal paralysis is a common upper respiratory disease of dogs. It most often affects large breed dogs such as Labrador retrievers and Golden retrievers but it can affect any dog of any breed or size. Normally when a dog inhales the larynx (voice box) opens to allow air into the trachea and lungs. The larynx closes between breaths to prevent food and water from going into the trachea and lungs. In laryngeal paralysis the muscle that opens the larynx stops functioning. This results in a very narrow passageway to get air into the lungs instead of the normal wide-open larynx. Dogs with laryngeal paralysis have difficulty inhaling and the harder they try the more difficult it becomes to inhale adequate air. Laryngeal opening in a dog with laryngeal paralysis. Appearance of the larynx following a tie back procedure.

What are the signs of laryngeal paralysis?

Several signs may suggest that a dog has laryngeal paralysis:

How is laryngeal paralysis treated?

Laryngeal paralysis is best treated by surgery. There are several surgical options although one procedure, the “tie-back” is the most accepted and most commonly performed by Board Certified surgeons.

In the tie back procedure the larynx is approached through the side of the neck. The failed muscle is then identified and replaced with a suture to permanently open the larynx on one side. This procedure produces the best airway with the least complications of any of the available surgeries.

This procedure enlarges the airway through a complicated series of incisions and reconstructions from the underside of the neck. There have been no definitive advantages shown with this procedure and it is rarely performed.